Skip to content
Home/Posts/The Women of the Future Awards

The Women of the Future Awards 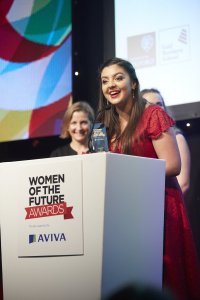 The region’s most successful young women are being urged to shout about their success in a national awards scheme.

The Women of the Future Awards – now in their fourteenth year – want to unearth and recognise the inspirational stars of tomorrow across diverse sectors.

The awards, founded by food guru Pinky Lilani in 2006, aim to honour young achievers in all fields.

Nominations for the 2019 Awards are now open at https://awards.womenofthefuture.co.uk/ with entries closing on September 4.

All nominations are reviewed by the shortlist committee and five candidates per category will be shortlisted for the 2019 Awards. Shortlisted candidates are invited to a judging day for a short interview with their category judges. Judging day will take place on October 4 in London.

The winners will be announced at the gala dinner on November 7 at the London Hilton on Park Lane.

Pinky Lilani said: "We created the Women of the Future Awards in 2006 and it has become an incredibly powerful and exciting venture. Young women are shaping the future of Britain with immense energy dedication and flair. These awards recognise the sparkling younger generation of talent in Britain today."

Awards patron Cherie Blair added: "It is a privilege to be patron of the Women of the Future Awards. These awards are so important in providing a platform to showcase the UK’s rising female stars and creating role models for the next generation. Each year I am inspired by the incredible candidates I meet. I hope everyone will get involved in this year’s campaign"

Contact us about The Women of the Future Awards