Skip to content
Home/Posts/Region clocks up £2.3 billion of exports

Region clocks up £2.3 billion of exports 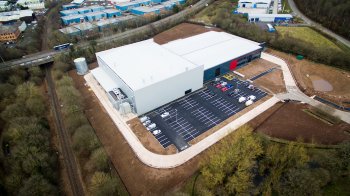 A new report from the Department for International Trade (DIT) reveals that more than 100 businesses in Herefordshire, Shropshire and Telford & Wrekin delivered their products to a total of 52 different countries in 2017/18.

More than two-thirds of the exports were sent to European Union countries with the remainder going around the globe, according to the report which covers the Marches LEP region.

Graham Wynn, Marches LEP chairman, said the figures showed the extent to which businesses in Herefordshire, Shropshire and Telford & Wrekin were now working on the global stage.

"This report shows that not only are we seeing significant investment into our region – creating jobs and wealth as a result – but that our companies are increasingly finding a global market for their innovative products.

"We, our local authority partners and the business support teams from the Marches Growth Hub will continue to work closely with the DIT to build on this export success and the inward investment over the coming years as new opportunities arise in both areas."

Shrewsbury-based Pom Pom Galore – which specialises in decorative pom pom accessories – is highlighted in the report as having taken on new staff after boosting its export business after receiving support to attend a trade event in Amsterdam.

Meanwhile Telford-based Bicycles by Design is now exporting around 20 per cent of its products after targeting overseas markets following help from the DIT.

Contact us about Region clocks up £2.3 billion of exports