Skip to content
Home/Posts/Guest blog: Addressing the detail in an interconnected world…

Guest blog: Addressing the detail in an interconnected world…

In a competitive business climate, firms that thrive will be the ones which address the detail. Yes, you’re busy just doing the day-to-day job, but will you remain so if you lose sight of the bigger picture? 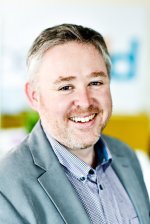 You might be getting the customer service and product quality spot on, and that’s crucial, but everything starts with the image you project and if you are getting that wrong you might not get the chance to show how great you are at delivering the rest of it.

Fortunately, this is a problem with a solution that works for everyone, simply by spending a bit of time hunting down the troublesome areas.

For instance, websites get built and then forgotten. Does that sound familiar? Yes, it was a big, expensive project when it was new and shiny, but then, when it’s finished the thrill wears off and too often you sit back on your laurels for a while. That while extends into a couple of years and before you know it everyone who looks at your online store front thinks you stopped trading last year because that’s when the site was last updated.

You might think that’s a bit of an extreme example, but I’ve heard genuine surprise from people who discovered a familiar firm was still alive and kicking because the website had given a very different impression!

More common, though, is failing to capitalise on new successes and selling points. I recently had dealings with a business that is a world leader in its field and which was breaking new ground and investing heavily in research and development that would inform the future of its entire sector, not just its own business. New facilities were up-and-running and a new era was under way. Unfortunately, no-one had remembered to tell the web developer or the marketing team. As far as the company website and online channels were concerned, this whole development was still little more than a concept.

Opportunities are being lost on a daily basis. In our interconnected world, not telling Google about your successes is almost as bad as not telling your own staff.

Make good use of social media, update your website, check over your online content for spelling mistakes – it’s the little details which can sway people’s buying decisions.

Award-winning former journalist Mark Waugh is the managing director of digital marketing and PR consultancy Be Bold Media. He advises companies of all sizes and sectors on digital media strategy and was the first Online Editor of the Shropshire Star newspaper.

Contact us about Guest blog: Addressing the detail in an interconnected world…