Boxing clever as taste of the Marches heads overseas for event 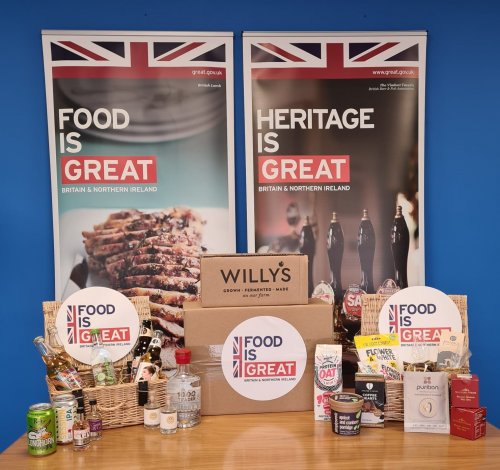 These are just some of the boxes of produce from Marches food and drink producers making their way overseas as part of a major Meet the Buyer event.

The boxes of samples are being sent to representatives around the world as part of the March 24 showcase of the best food and drink the region can offer.

Buyers from 20 different countries are being brought together with 51 producers and suppliers from across Herefordshire, Shropshire, Telford & Wrekin and Worcestershire to help drive new exports from the region.

The event has been organised by David Caine, the new specialist food and drink adviser appointed to cover the Marches Local Enterprise Partnership region and Worcestershire, who works with Shropshire Chamber of Commerce and Herefordshire & Worcestershire Chamber along with the Department for International Trade (DIT).

David said the event was part of a major drive to encourage new and inexperienced food and drink exporters from the region to develop new markets in the wake of the UK’s exit from the EU and the signing of a raft of new trade deals.

“We have put together a full day of events for companies which have already registered and are looking forward to a really successful series of meetings.

“Samples of produce from the region are already on their way out to the buyers, who include representatives from supermarkets, agents and distributors. We are delighted we have been able to introduce them to so many wonderful producers from the region.

“We are sure the day will see lots of new, prosperous markets opening up for our producers, who are showcasing some of the best produce the Marches can offer and help establish successful business relationships for years to come.”