A March celebration of Marches women in business 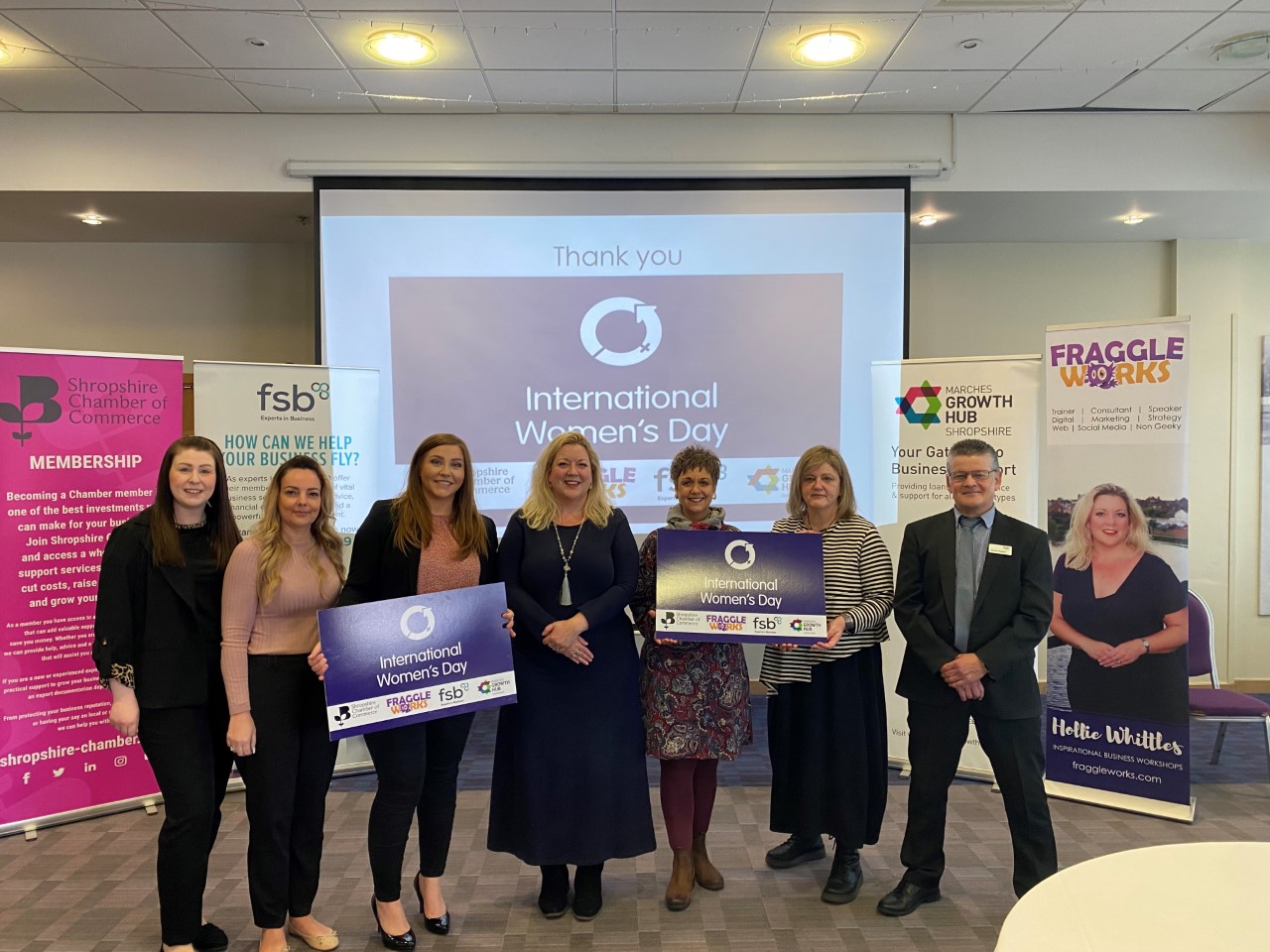 March 8 marked International Women’s Day (IWD) 2022 – the annual celebration of women’s achievements, which also highlights barriers to success and inequality.  The theme this year was “break the bias”.

As in previous years, this international occasion was marked locally in the Marches, with an event organised by local businesswoman and FSB West Midlands Chair Hollie Whittles, supported by The Marches Growth Hub Shropshire, Federation of Small Businesses and Shropshire Chamber.

The event, which took place at Shrewsbury Town Football Stadium, attracted more than 80 attendees who were treated to presentations from a diverse range of inspirational women in local business and political leadership roles.

During the event there were also brief updates from The Marches Growth Hub Shropshire, Federation of Small Businesses and Shropshire Chamber, with each describing how they support equality of opportunity, women in enterprise and the local business community at large.

Hollie, who chaired the event said:

“It was great to get such a good turnout on the day, which was testament to the quality of the speakers we had lined up and also the efforts of partners in helping to shape and run a very successful event.  We received overwhelmingly positive feedback from delegates about the format and content of the half-day session and also secured extensive print and social media coverage.  This is fantastic news, quite literally, for us here in the Marches but also for the wider International Women’s Day movement”.

Based upon the success of this local IWD 2022 celebration, partners have committed to hosting another in 2023.  Initial ideas and planning are already underway, with the aim of developing and delivering an even bigger, even better event next year.

Contact us about A March celebration of Marches women in business